This week, Paul Dietrick, Chief Investment Office of Fairfax Global Management, emailed us a white paper that we wanted to make sure to share with everyone that sheds light on the recent events around the world.

This Is Not the End, But It May Be the Beginning of the End!

Two weeks ago, a TV anchor in New York asked me when the Coronavirus pandemic would be over, and when would the stock market finally bottom. I told her I couldn’t give her a specific date, but I could tell her the precise criteria that would be needed in order to know when everything would be returned to normal.

With regard to the end of the Coronavirus pandemic, I said that the virus in China, South Korea, Taiwan, and Singapore followed almost an identical “bell curve” cycle from the first case up to the peak of new cases, and then started a steep decline until deaths and hospitalizations began to return to normal.

With regard to a stock market bottom, I told her the US Government would need to pass a massive stimulus bill that would completely offset ALL of the economic damage caused by the government shutting down the US economy. The Congress has now passed a $2.2 trillion emergency bill. However, it remains to be seen whether the federal government and the states can distribute that money quickly enough before average workers and small business people have to throw in the towel.

Where Are We in The Coronavirus Life Cycle? According to the World Health Organization (WHO), epidemiologists have seen a fairly consistent “bell curve” cycle. The Coronavirus goes through a cycle of approximately 70 to 80 days from beginning to end. It took China approximately 43 days to reach a peak in newly recorded cases and another 25 to 40 days to return to a nominal number of new cases. 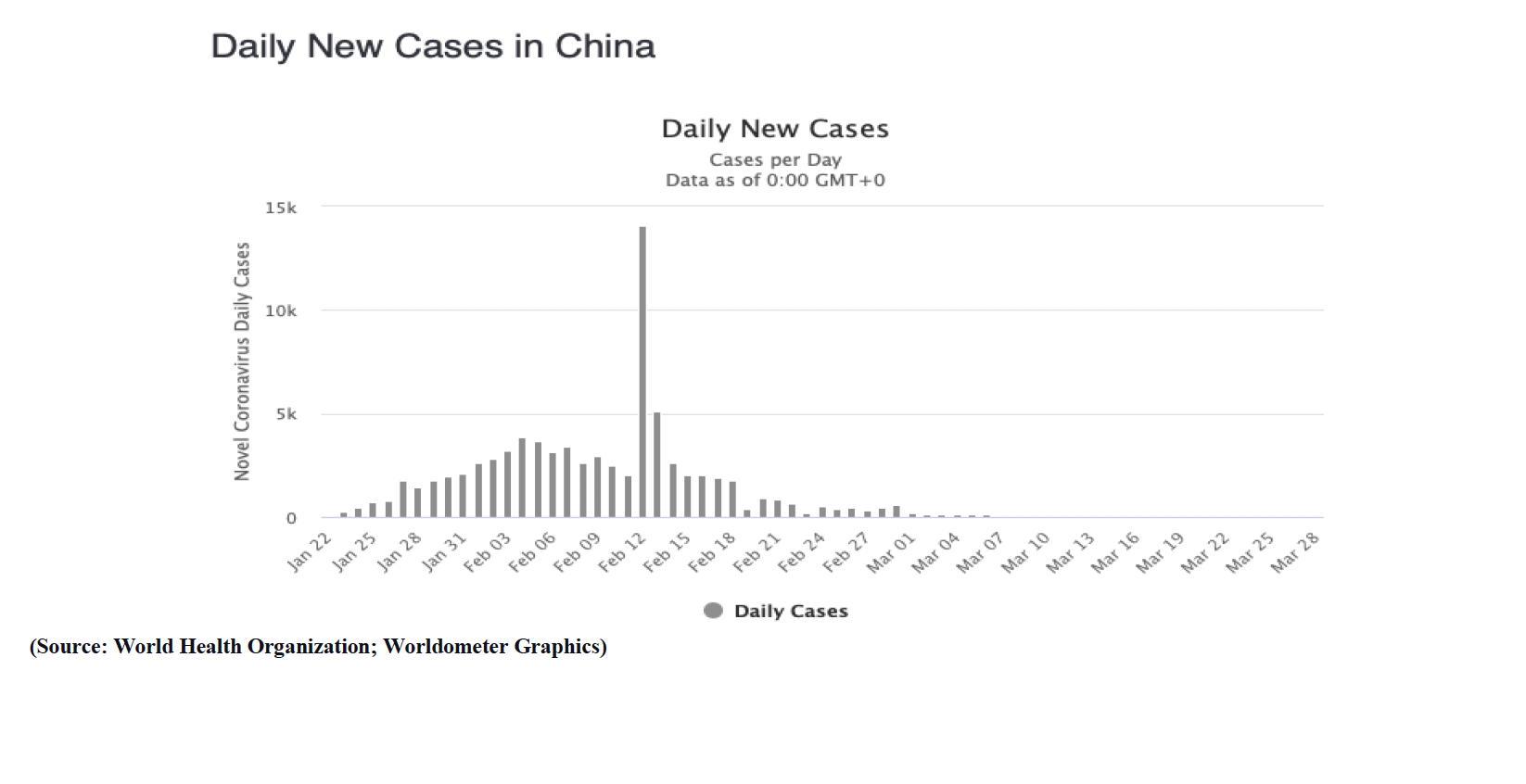 It also took exactly forty-three days for South Korea to reach its peak in new cases.

News from Italy, one of the countries hardest hit by the pandemic, offered encouragement before the start of the US trading day last Friday. Both new cases of the Coronavirus and deaths from the disease have declined there for several days.

That means it also took Italy 43 days from the first case to the peak case and 12 days after implementing the strictest travel restrictions. If history plays out, the US would be about 14 days behind Italy. If these trends continue, it would mean the US could hit a peak in most major cities in approximately three or four weeks or around the third to fourth week of April.

If the cycles here in the US match those of the rest of the world, most hospital systems should be back to normal by the end of May.

What Would A Two and Half Month Shutdown Cost the US in GDP?

The Distinction Between An “Artificial Recession” And A “Real Recession!” The standard definition of a “recession” is usually defined as a business cycle or economic cycle change from a growing and expanding economy to a declining and contracting economy. Roughly six weeks ago, on February 19, the S&P 500 Index hit record new highs. This Coronavirus economic downturn is not technically a recession.

This is an “artificial recession” caused by the US government shutting down the economy in a severe health crisis.

It Is a Serious Mistake for Economists

to Use Past Historical Recession Data

to Compare this Unique Event with Past Recessions.

If the Congress and Administration can keep their word to workers and businesses and make the economy whole again, the economy and stock market should recover before the end of the summer—and definitely before the election! Even if you don’t have any faith in politicians, since this is an election year, I believe they will do what they say.

We are now seeing China reopen after two and a half months of quarantine. Like in the US, people were going stir crazy in quarantine. There are now lines outside of Chinese restaurants and shops. The pent-up demand for shopping and returning the economy to normal here in the US should bode well for a booming economy in the third quarter of this year.

Summary: At this time, I believe the $2.2 trillion emergency economic stimulus legislation and the $6 trillion Federal Reserve loan facility will more than offset the $4.5 trillion economic damage caused by the Coronavirus pandemic through late May. I expect economic growth to accelerate during the second half of this year as the Coronavirus is contained.

As investors, we have to remember that historically, about six months after the World Health Organization declares an epidemic a “Global Health Crisis,” the stock market has usually recovered and is on its way back to new highs. For investors, the best strategy is not to be panicked into selling but to ride out this economic disruption for the next four to six weeks and solely focus on your health and the health of your family.

We know this is a very fearful time, and we will continue to regularly share our stock market views. Thank you for reading.

IMPORTANT DISCLOSURES: This analysis and commentary are the opinions of Paul Dietrich, Chief Investment Officer, Fairfax Global Management. This material is for general information only and is not intended to provide specific advice or recommendations for an individual. There is no assurance that the views or strategies discussed are suitable for all investors or will yield positive outcomes. Investing involves risks including possible loss of principal.  Any economic forecasts set forth may not develop as predicted and are subject to change.